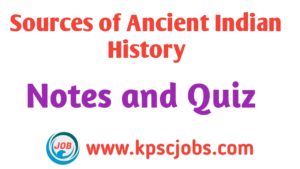 Brahmanas, The Aranyakas and Upanishadas ( These are later vedic literature)

Aranyakas and Upanishads give speeches on different spiritual and philosophical issues

The Ramayana and the Mahabharata :- epics of great historical importance

The Jain and Buddhist literature : written in the Prakrit and pali languages respectively

Ashokan edicts had been written in Pali language

Jatakas: it is stories of Buddhist. There are more than 550 such stories.

Dharmasutras and Smritis: these were the rules and regulations for the general public and the rulers. Its related with Constitution and the law books in terms of modern concept. Dharmashasthra were compiled between 600 and 200 B.C.A

Megasthanes:- came to court of Chandragupta Mourya. He had written Indica book which was related to Indian society and culture.

A book Periplus of the Erythrean Sea written by an anonymous Greek author, gives valuable information about Indian coasts

In the second century C.A. Ptolemy had written a geographical treatise on India

Fa-Hien: He was visited India in 5th century C.A

Hiuen-Tsang (Xuanzang) : Visited India in 7th century during the period of Harshavardhana

Al-Biruni: gave important information about India. He was Arab Scholar and Contemporary of Mahmud of Ghazni